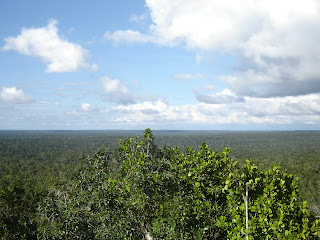 Increasing reports of worsening conditions in Guatemala with respect to citizen security, organized crime, drug trafficking and impunity resulted in our Board of Trustees agreeing that we assess the situation in that country.
It is with that background that I want to describe to the members of the Western Hemisphere Affairs Subcommittee my dismay at the devastating state of insecurity, corruption and impunity that I found in a visit to Guatemala this year for the Crisis Group.
The rising levels of homicides since 2004 tracks that competition with nearly a 50% increase between 2004 and 2008 in homicides in Guatemala, according to UN-sponsored International Commission against Impunity (CICIG) officials.
There is little question that the drug trafficking cartels are responsible for much of murder, coercion and corruption that is the greatest concern today in Guatemala of its citizens and its government. However, their presence is as much a symptom of the weak institutions of justice in that country as a cause. While the headlines and sudden international attention to Guatemala is focused on the shocking murder last month of a respected lawyer, Rodrigo Rosenberg, and his video accusations against the country’s president, the evidence of out-of-control violence in Guatemala even before that event was overwhelming.

Some 6300 Guatemalans were murdered last, as many as in Mexico, a country with nine times the population. Similarly, the overall rate of 48 homicides per 100,000 in 2008 may well have put Guatemala in the unenviable position of challenging for worst in the hemisphere. The hemisphere average is 27.5/100,000 and the world average is 8.8/100,000.

For many Guatemalans in urban areas, the level of insecurity is identified most visibly by the simple fact that taking a bus is placing your life at risk. Last year, organized gangs seeking protection money from other bus companies, driver-owned buses, and bus driver unions murdered 171 bus drivers, most in Guatemala City. Kidnapping doubled as well in 2008 to 438 reported cases.
The level of impunity in Guatemala almost surely again places it as the most unlawful in the hemisphere since 98 percent of the murderers go free, according to Guatemala’s Human Rights ombudsman, and verified by the CICIG. As a result, Guatemalans see themselves as the most violent country in the region and identify crime and lack of public security as the most important problem they face. Too little was done in implementing key reforms aimed at obtaining an impartial and effective police force, non-political judges and access to justice for the indigenous and poor majority in the country.
There have been many, many talented Guatemalans, in civil society and in government who are both committed enough and brave enough to try and rescue the institutions of governance from the control of private interests, organized crime and drug traffickers.
Guatemalans must make the decision to end impunity, build effective, independent and competent law enforcement institutions and expand impartial access to justice.It is their country, their families and their lives. Many of them have put their lives at risk in pursuit of a more just society.
Let me conclude by simply noting that there has been inadequate attention paid in recent years to the rising threats to security and democratic institutions in Central America and particularly in Guatemala. Year after year it seems that the killings go on and the killers go free. The people of Guatemala have the right to expect more. As Guatemala’s Nobel Laureate for Literature, Miguel Angel Asturias said, “The eyes of the buried will close together on the day of justice, or they will never close
drogas / Guerra contra las drogas / narco — 2 Comments
07
May 09