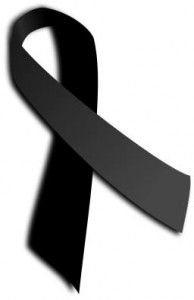 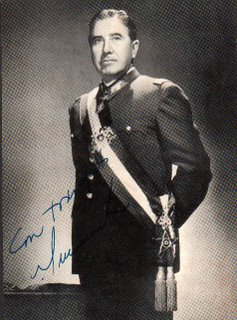 On Sunday, December 10, General Augusto Pinochet of Chile died, at the age of 91. General Pinochet deserves to be remembered for having rescued his country from becoming the second Soviet satellite in the Western hemisphere, after Castro’s Cuba, and, like the Soviet Union, and Cuba under Castro, a totalitarian dictatorship.

The General is denounced again and again for the death or disappearance of over 3,000 Chilean citizens and the alleged torture of thousands more. It may well be that some substantial number of innocent Chilean citizens did die or disappear or otherwise suffered brutal treatment as the result of his actions. But in a struggle to avoid the establishment of a Communist dictatorship, it is undoubtedly true that many or most of those who died or suffered were preparing to inflict a far greater number of deaths and a vastly larger scale of suffering on their fellow citizens.

Their deaths and suffering should certainly not be mourned, any more than the deaths of Lenin, Stalin, and Hitler, and their helpers should be mourned. Had there been a General Pinochet in Russia in 1918 or Germany in 1933, the people of those countries and of the rest of the world would have been incomparably better off, precisely by virtue of the death, disappearance, and attendant suffering of vast numbers of Communists and Nazis. Life and liberty are positively helped by the death and disappearance of such mortal enemies. Their absence from the scene means the absence of such things as concentration camps, and is thus ardently to be desired.

As for the innocent victims in Chile, their fate should overwhelmingly be laid at the door of the Communist plotters of totalitarian dictatorship.

People have an absolute right to rise up and defend their lives, liberty, and property against a Communist takeover. In the process, they cannot be expected to make the distinctions present in a judicial process. They must act quickly and decisively to remove what threatens them. That is the nature of war. The fate of innocent bystanders, largely those who cannot be readily distinguished from the enemy, is the responsibility of the Communists. Had they not attempted to impose their totalitarian dictatorship, there would not have been any need to use force and violence to prevent them, and thus the innocent would not have suffered.
Contrary to the attitude of so many of today’s intellectuals, Communists do not have a right to murder tens of millions of innocent people and then to complain when their intended victims prevent their takeover and in the process kill some of them.

General Pinochet was undoubtedly no angel. No soldier can be. But he certainly was also no devil. In fact, if any comparison applies, it may well be one drawn from antiquity, namely, that of Cincinnatus, who saved the Roman Republic by temporarily becoming its dictator. Like Cincinnatus, General Pinochet voluntarily relinquished his dictatorship. He did so after both preventing a Communist takeover and imposing major pro-free-market reforms, inspired largely by Milton Friedman (who in large part was himself inspired by Ludwig von Mises). The effect of these reforms was to make Chile’s the most prosperous and rapidly progressing economy in Latin America, Thereafter, in the words of his New York Times’—largely hostile—obituary, he used his remaining power to “set limits, for example, on economic policy debates with frequent warnings that he would not tolerate a return to statist measures.”

General Pinochet was thus one of the most extraordinary dictators in history, a dictator who stood for major limits on the power of the state, who imposed such limits, and who sought to maintain such limits after voluntarily giving up his dictatorship.

When General Pinochet stepped down, he did so with a guarantee of immunity from prosecution for his actions while in power. However, the present and previous regime in Chile violated this agreement and sought to ensnare the General in a web of legal actions and law suits, making the last years of his life a period of turmoil. This was a clear violation of contract, comparable to the seizure of property in violation of contract. Not surprisingly the regimes in question were avowedly socialist. As a result of their breach, it is now considerably less likely that the world will soon see any other dictator voluntarily relinquish his power. The Chilean socialists will have taught him that to be secure, he must remain in power until he dies.

Dictatorship, like war, is always an evil. Like war, it can be justified only when it is necessary to prevent a far greater evil, namely, as in this case, the imposition of the far more comprehensive and severe, permanent totalitarian dictatorship of the Communists.

Despite the fact that General Pinochet was able to use his powers as dictator to enact major pro-free-market reforms, dictatorship should never be seen as justified merely as a means of instituting such reforms, however necessary and desirable they may be. Dictatorship is the most dangerous of political institutions and easily produces catastrophic results. This is because a dictator is not restrained by any need for public discussion and debate and thus can easily leap headlong into disasters that would have been avoided had there been the freedom to criticize his proposed actions and to oppose them. And even when his policies may be right, the fact that they are imposed in defiance of public opinion operates greatly to add to their unpopularity and thus to make permanent change all the more difficult.

On the basis of such considerations, when asked many years ago what he would do if he were appointed dictator, von Mises replied, “I would resign.”
—–
This article is copyright © 2006, by George Reisman. Permission is hereby granted to reproduce and distribute it electronically and in print, other than as part of a book and provided that mention of the author’s web site www.capitalism.net is included. (Email notification is requested.) All other rights reserved. George Reisman is the author of Capitalism: A Treatise on Economics (Ottawa, Illinois: Jameson Books, 1996) and is Pepperdine University Professor Emeritus of Economics.