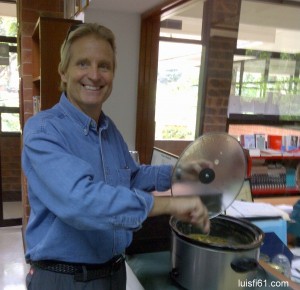 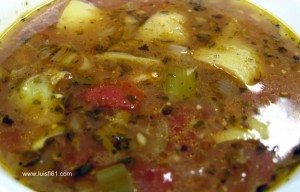 Having just returned from a long weekend in nearby Canada, I had a few Canadian dollars left over that I needed to exchange, so I went to the currency exchange window at my local bank .There was just one lady in front of me in the line. An Asian lady who was trying to exchange yen for dollars. She appeared to be quite irritated.

The teller shrugged his shoulders, smiled pleasantly and said, “Fluctuations”.

The Asian lady says, “Fluc you white people, too!

In 2004, history professor Naomi Oreskes performed a survey of research papers on climate change. Examining peer-reviewed papers published on the ISI Web of Science database from 1993 to 2003, she found a majority supported the “consensus view,” defined as humans were having at least some effect on global climate change. Oreskes’ work has been repeatedly cited, but as some of its data is now nearly 15 years old, its conclusions are becoming somewhat dated.

Medical researcher Dr. Klaus-Martin Schulte recently updated this research. Using the same database and search terms as Oreskes, he examined all papers published from 2004 to February 2007. The results have been submitted to the journal Energy and Environment… The figures are surprising.

Of 528 total papers on climate change, only 38 (7%) gave an explicit endorsement of the consensus. If one considers “implicit” endorsement (accepting the consensus without explicit statement), the figure rises to 45%. However, while only 32 papers (6%) reject the consensus outright, the largest category (48%) are neutral papers, refusing to either accept or reject the hypothesis.

In just a few years, irresponsible acts by self-declared Islamic jihadists have reversed the goodwill that developed between the world’s major religions over several centuries. As such, the acts of a few have had enormous negative effects on many others.

In such a climate, private individuals or firms must use the law to protect themselves as well as their property and the value of other assets. This can be done by pursuing civil actions to seek remedy for injuries, deaths or property losses. Tour operators, hotels and other commercial enterprises could also seek damages through the courts.

The widow of the U.S. journalist Daniel Pearl is following such a course. She is suing in U.S. federal court Pakistan’s largest bank along with terrorist organizations, including Al Qaeda, for their role in the murder of her husband.

Islam and any elements that constitute central tenets of that faith must be respected by all citizens. As such, there should be no attempt to undermine the credibility of the concept of jihad or the declaration of fatwas.

Using civil and criminal law can provide private and social redress against acts that cause intentional injury to third parties. Perhaps the main beneficiaries would be believers in a mainstream interpretation of Islam. After all, Islam’s rich heritage should be protected from further damage.

Actions by extremists impose social and private costs on many others. For example, tourists are staying away in droves from Indonesia due to suicide bombs and sectarian strife. Tourism to Egypt and the Philippines has also been crippled by terror attacks there.

And then there are the enormous costs arising from sectarian strife. The most obvious case is the murderous spiral of violence among Sunnis and Shiites in Iraq. But murderous attacks based upon secular affiliations within Islam also occur in other Muslim-dominated countries like Pakistan.

The best way to drain the terrorist swamp is to deprive them of the financial means to wage war against civilizations. I am writing to you to ask for your help in shedding light on a perplexing situation I find myself contemplating…I have selected you as a group to aid me because you have known me for many years….

I value your opinion and look forward to responses based on varied religious experiences among my friends to solve the problem I am faced with…..

Over the years, we have all observed the seemingly random factors that affect all of our lives, sometimes without apparent rhyme or reason…we have seen some marriages dissolve over nothing and others grow stronger under adverse conditions…we have seen fate play a role in who survives critical illnesses and who succumbs to them…we have all seen good people suffer great misfortunes while some people of low character thrive….

In our lifetime, we have seen Churches and Religious institutions all around the world become revised, televised, energized and even scandalized…we are all well aware that a higher power has control of nearly all things….

A friend of mine was in the doorway of a convenience store in Atlanta while there was a shootout between the police and a gunman…happily, he walked away unscathed….

Another friend was on a golf course and a lightning bolt strike a man dead while others nearby were left untouched…we all watched as Hurricane Katrina ravaged some areas of the coast and left other nearby homes standing intact…the enormity of these random and seemingly unfair applications of good or bad fortune is at the core of my dilemma….

I have studied sacred writings of all major religions searching for an answer, and now I pose the question to you:

I cannot fathom that the highest power in this universe could take Anna Nicole from us and leave Hillary behind…!?!

Cars improved the air … that’s no bull
By Dwight R. Lee
The motto of all environmentalists should be “Thank goodness for the internal combustion engine.”

The abuse heaped on the internal combustion engine by environmentalists was never justified. But a recent story on cow flatulence in the British newspaper, The Independent, makes the environmental benefits from gasoline-powered engines even more obvious. Based on a recent study by the Food and AgriculturalOrganization, The Independent reports that “livestock are responsible for 18 percent of the greenhouse gases that cause global warming, more than cars, planes and all other forms of transport put together.”

Long before global warming became an environmental concern, however, the move from the power provided by animals to that provided by gasoline had greatly improved the environment. The emissions that came out of the tailpipes of horses were much more lethal pollutants that those now coming out of the tailpipes of cars. Horse emissions did more than make our town and cities stink; they spread fly-borne diseases and polluted water supplies that killed people at a far greater rate than the pollution from cars and trucks ever have.

Photochemical smog is clearly a health risk, but not nearly the health risk of cholera, diphtheria and tetanus that have been largely eliminated with the help of gasoline powered transportation.

Before the internal combustion engine it wasn’t just cows, sheep and pigs emitting pollution down on the farm. Tractors and other types of gas-powered farm machinery eliminated the horses, mules and oxen that had provided most of the power necessary to grow and harvest our food and fiber. This not only reduced the problem that still exists from animal waste that environmentalists, with justification, still complain about. The internal combustion engine also eliminated the need to produce food to fuel millions upon millions of agricultural beasts of burden. It has been estimated that in 1900 it took about 93 million acres of land to grow the food for the farm animals that were replaced by current farm machinery. Most of that land has now gone back to woodlands, greatly increasing the number of trees that are reducing the problem of global warming by absorbing carbon dioxide.

The above consideration should have been enough to warrant an environmental shrine to the internal combustion engine. And now we find that by eliminating all those farm-yard animals, the internal combustion engine also eliminated vast amounts of methane-producing flatulence, which is a much more powerful greenhouse gas than the carbon dioxide produce by burning gasoline.