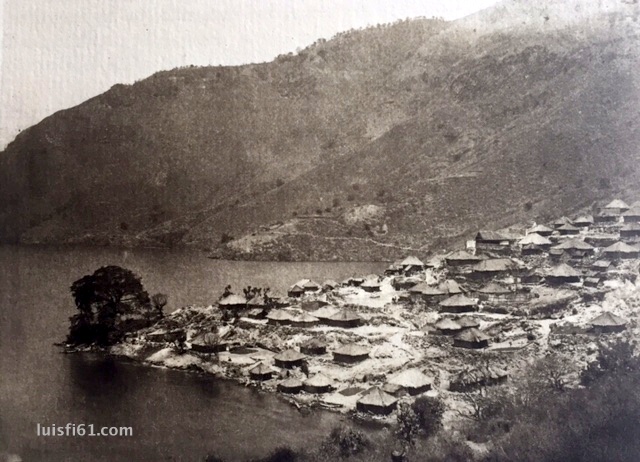 Así vieron San Antonio Palopó los Maudslay en 1889: The walls of the queer-looking houses are built of rough stones held together by a framework of undressed sticks, and a grass thatch covers the roof.  Each house stands within a small enclosure formed by a rough stone wall of a reed fence, snd some attempt has here and there been made to plant these enclosures with flowers; but usually the hard surface of the earth is swept bare.  There are only two or three trees in all the village, and as none of the of the indian houses are plastered or white-washed, the prevailing colour is a dusky brown of earth, rock and thatch which renders all the more striking the striped huipils of the women and the red-and-white handkerchiefs bound around the men´s heads.

This entry was posted on lunes, septiembre 12th, 2016 at 5:38 am and is filed under A Glimpse at Guatemala, Historia, nostalgia. You can follow any comments to this entry through the RSS 2.0 feed. Both comments and pings are currently closed.