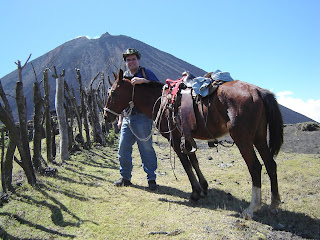 My uncle having left us, I spent much time as was left on my studies…till it was time for my bath. After which I went to supper, and then fell into a short and uneasy sleep. There have been noticed for many days before a trembling of the earth, wich did not alarm us much, as this is quite an ordinary occurrence in Campania; but it was so particularly violent that night that it did not only shook but actually overturned, as it would seem, everything about us. My mother rushed into my chamber, where she found me rising, in order to awaken her. We sat tosn in the open court of the house, which occupied a small space between the buildings and the sea. As I was at that time but eighteen years of age, I know not wheter I should call my behaviour, in this dangerous juncture, courage of folly…we therefore resolved to quit the town. A panic-sticken crowd followed us and (as to a mind own) pressed on ud in dense array to drive us forward as we came out. Being at a convenient distance from the houses, we sood still in the midst of a most dangerous scene. The charriots, which we had ordered to be drawn out, were so agitated backwards and forwards, throguh upon the most level ground, that we could not keep the steady, even by supporting them with large stones. The sea seemed to roll back upon itself, and to be driven from its banks by convulsive motion of the earth; it is certain at least the shore was sonsiderabaly enlarged, and several sea animals were left upon it. On teh other side, a black and dreadful clud broken with rapid zigzag flashes, revealed behind it various shaped masses of flame: this were like sheet-lightning, but much larger….The ashes now bagan to fall upon us, through in no great quantity. I looked back; a dense, dark mist seemed to be following us, spreading itself over the country like a cloud….I remember someone who declared that one part of Misenum had fallen, that other was on fire; it was false, but they found people to believe it….At last this dreadful darkness was disipated by debgreees, like a cloud or smoke; teh real day returned, and even the sune shone oud, through with a lurid light, as when an eclipse is coming on., Every object that represented itself to our eyes (which were extremely weakened) seemed changes, being covered deep with ashes as if with snow…

This entry was posted on domingo, mayo 30th, 2010 at 10:19 am and is filed under Luis Figueroa, Plinio el Jóven, volcanes. You can follow any comments to this entry through the RSS 2.0 feed. Both comments and pings are currently closed.